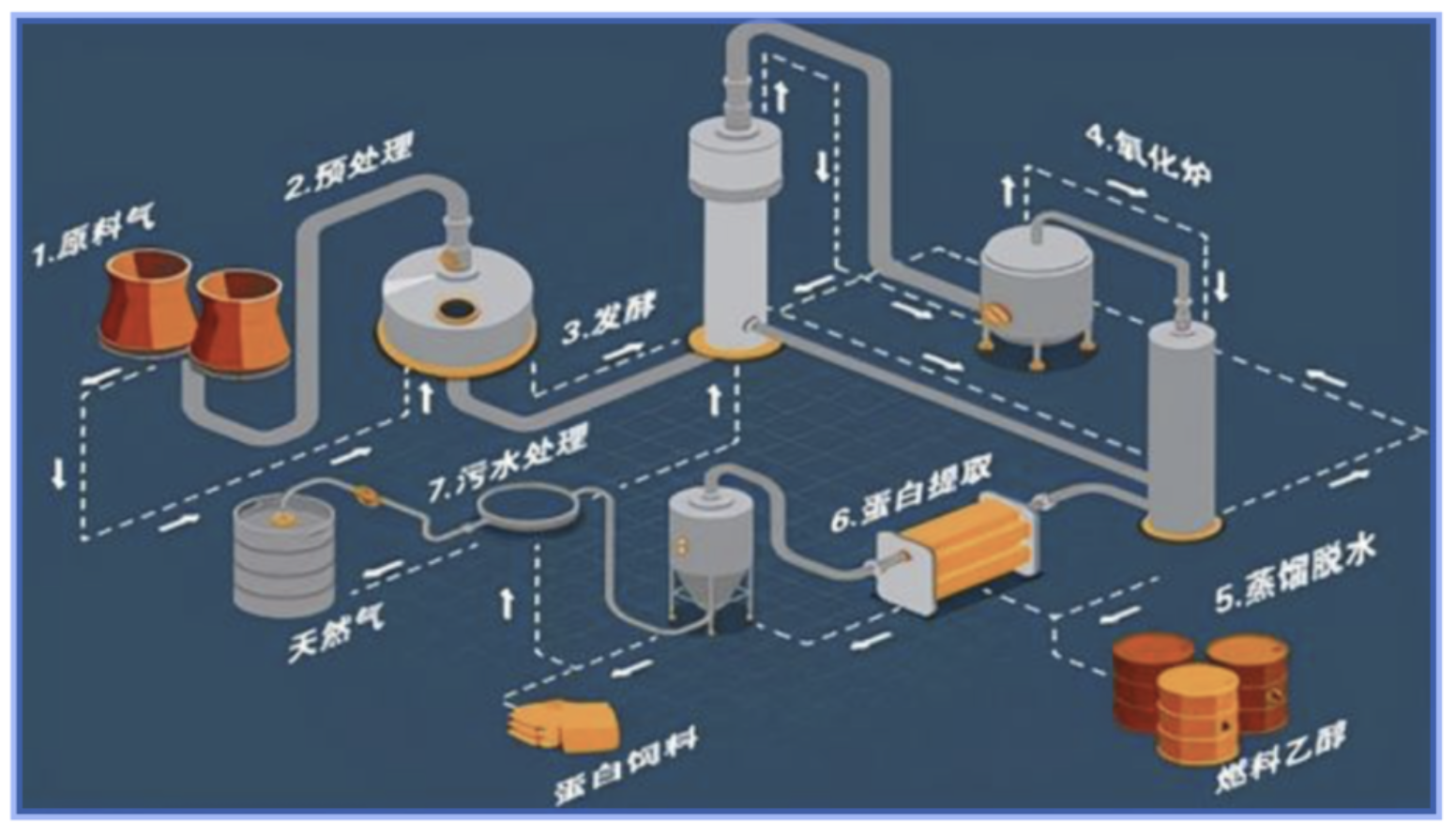 In a cooperation of the CAAS Feed Research Institute and Beijing Shougang Longze New Energy Technology Co., Ltd., a gas fermentation for the production of protein from CO was developed using Clostridium ethanolicum. The anaerobic microorganism is usually studied for its capacity to transform CO into ethanol, similar to C. ljungdahlii. The researchers found that if ammonia was added fermentation could be directed towards the rapid production of cell mass in high yield, with a protein content of 80% and an amino  acid composition similar to fish meal. Shougang is a steel producer. As a result, Shougang Longze uses CO-rich industrial exhaust gas as carbon source and has registered the product as Clostridium ethoxylate protein (“Fu Yule“ ™), a certificate was already issued. The process has already been scaled to  a production capacity of 10,000 t. In 2022, production will be expanded towards a production capacity of 30,000 tons.