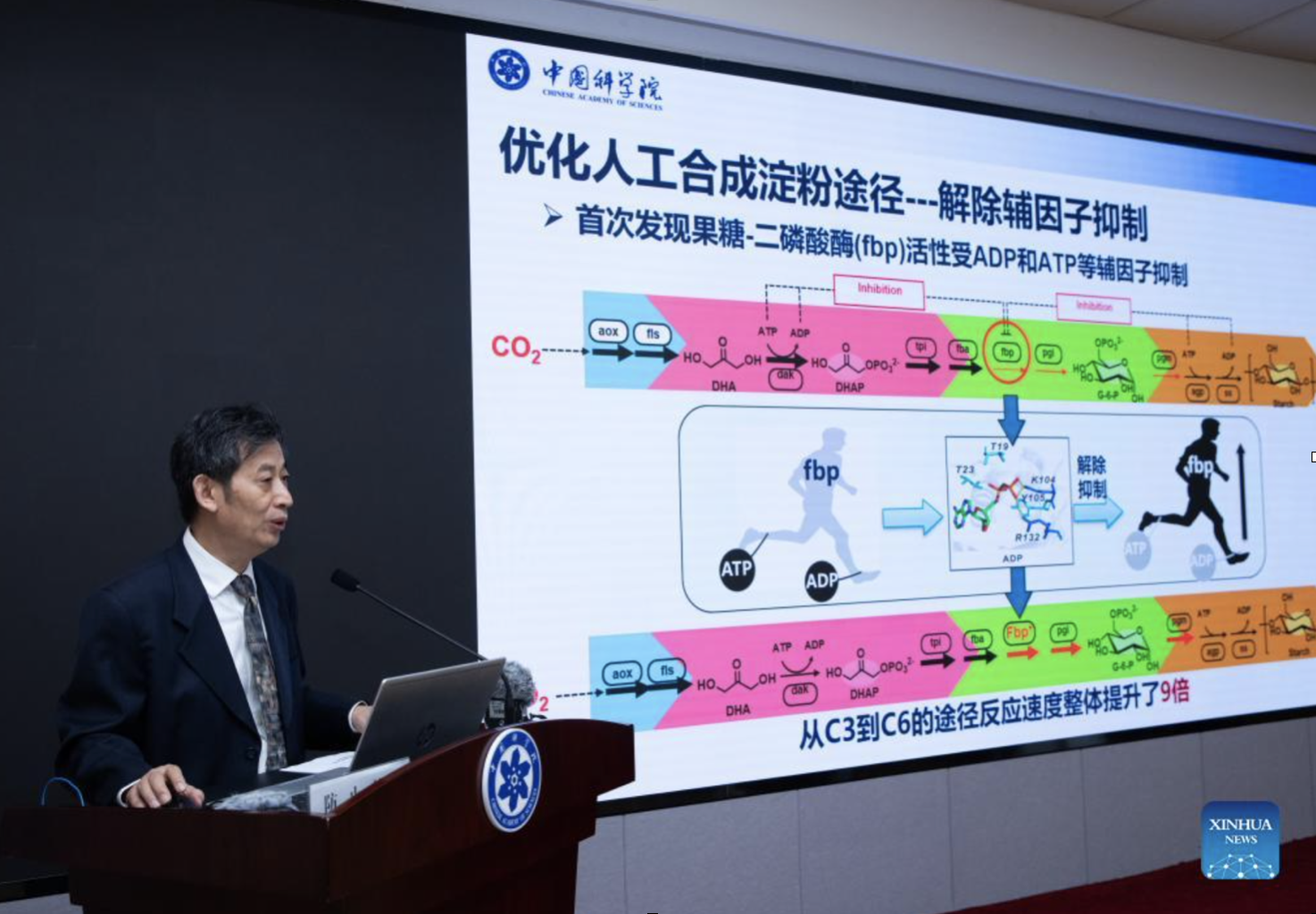 The group used computational design to draft an artificial anabolic pathway from CO2 to starch.  First, CO2 is reduced to methanol by an inorganic catalyst. Next, in a cell free system with spatial and temporal segregation, methanol is covered to starch through 11 core reactions driven by hydrogen and including engineered enzymes. Reaction rates in the cell-free system were calculated to be about 8.5 times higher than stach synthesis in maize. A 1000 L bioreactor using this system could theoretically produce as  much starch as about 0.3 ha of a cornfield (energy input not considered). Corresponding author of the study published in Science Magazine is Yanhe Ma, Director General of CAS-TIB.