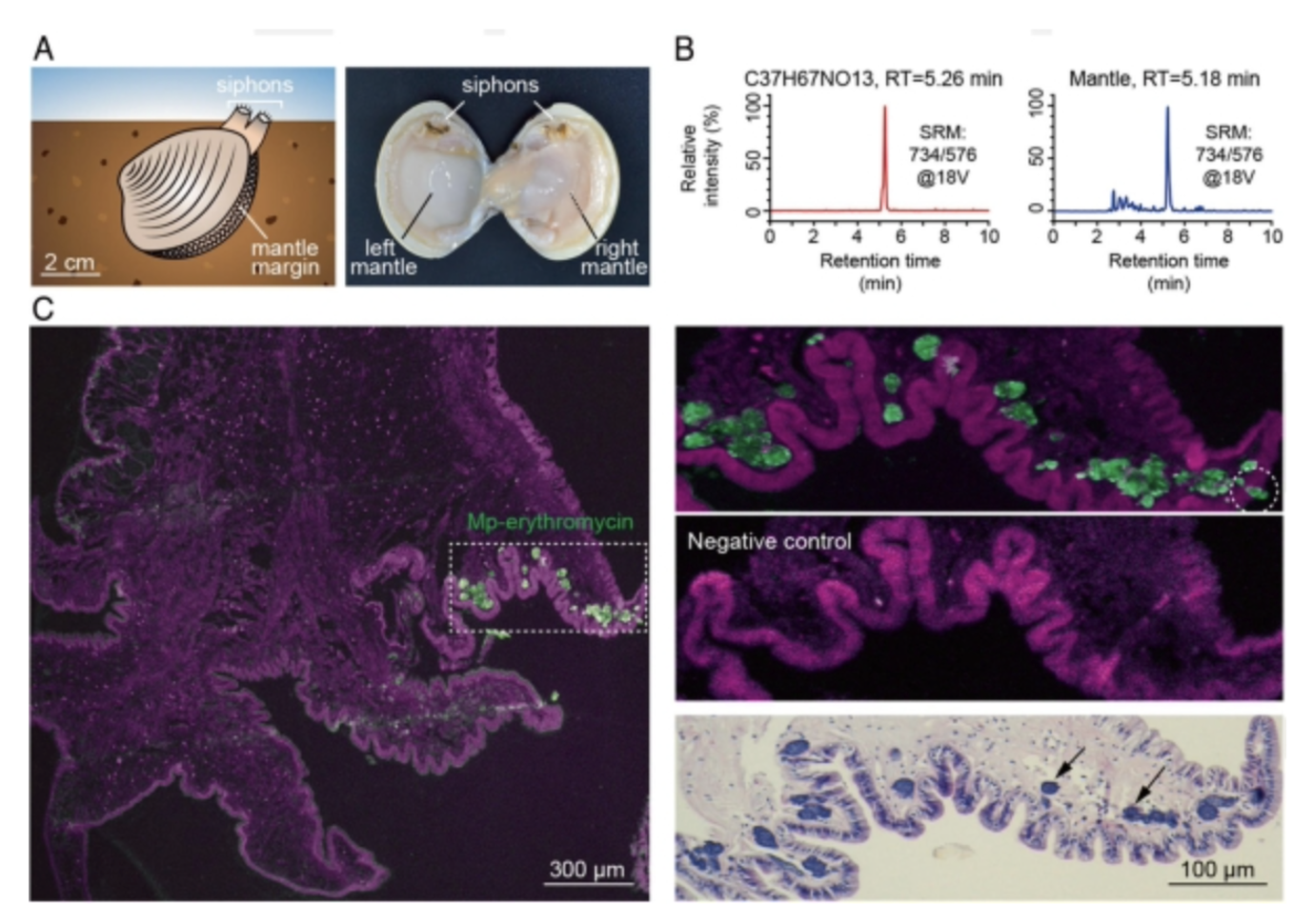 Posted in News By rscPosted on 2. December 2022

Liu Baozhong’s group at the CAS Institute of Oceanography, in collaboration with Margaret McFall-Ngai, a professor at the Carnegie Institution for Science, have found that he mud-dwelling clam Meretrix petechialis secretes endogenously synthesized erythromycin (DOI: 10.1126/science.adg0517).
Clams living in microbial-rich habitats such as shallow mudflats, can thus cope with pathogen-rich environments and survive without a specific immune system due to chemical defenses (e.g. erythromycin synthesis) combined with mucus barriers, together with the innate immune system consisting of cellular and humoral immunity.
Erythromycin is formed in the clam coat membrane tissue, stores  as a mucus-like cell, and then secreted out of the body with the mucus.