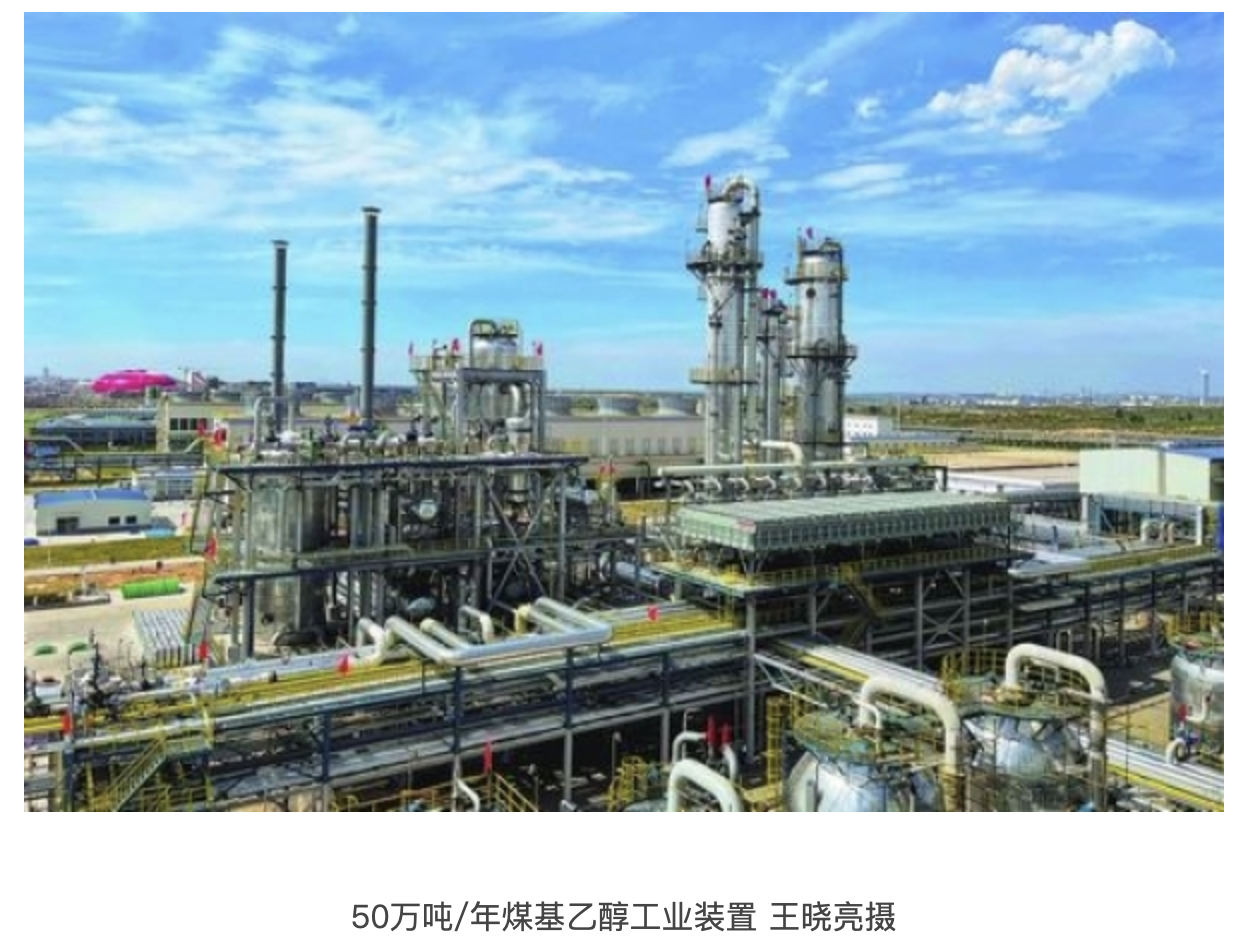 The technology used at the plant, which is located in Yulin, Shaanxi province, has been developed by the CAS Dalian Institute of Chemical Physics. It uses a highly stable bifunctional catalyst made up from copper-based metal oxides and  SAPO-34 type zeolites to convert syngas, a mixture of hydrogen and carbon monoxide, into dimethyl ether, which is further processed into methyl acetate. Added hydrogen then converts methyl acetate into an acid-free mixture of methanol and ethanol from which anhydhttps://www.cas.cn/cm/202208/t20220801_4843567.shtmlrous ethanol of 99.71 % purity can be isolated. Full cost are around 3.500 CN¥ (255 €) per ton, lower than for ethanol from grain.

Under an E10 ethanol gasoline standard, China’s need for fuel ethanol is 10 – 12 million tons per year. At present, about 2.5 million tons are produced using aged grains, and food security issues are a major concern against increasing this number. Thus, a clean technology to produce fuel ethanol from coal is considered a national breakthrough in view of China’s two carbon goals which refer to achieving carbon dioxide peak emission by 2030 and carbon neutrality by 2060.

Using this new technology, several companies are now building coal-to-ethanol plants across China, and by 2025, combined annual production capacity is expected to reach around 4 million t of ethanol. The technology’s reactor and process conditions are very similar to the syngas-to-methanol process, and it is expected that existing methanol plants which run under 60% capacity utilization rates will be converted into ethanol plants. The process also allows to substitute natural gas for coal, a technology offer for the BRI belt and road initiative.

Yanchang Petroleum will start up 500,000 t coal to fuel ethanol plant in September 2022