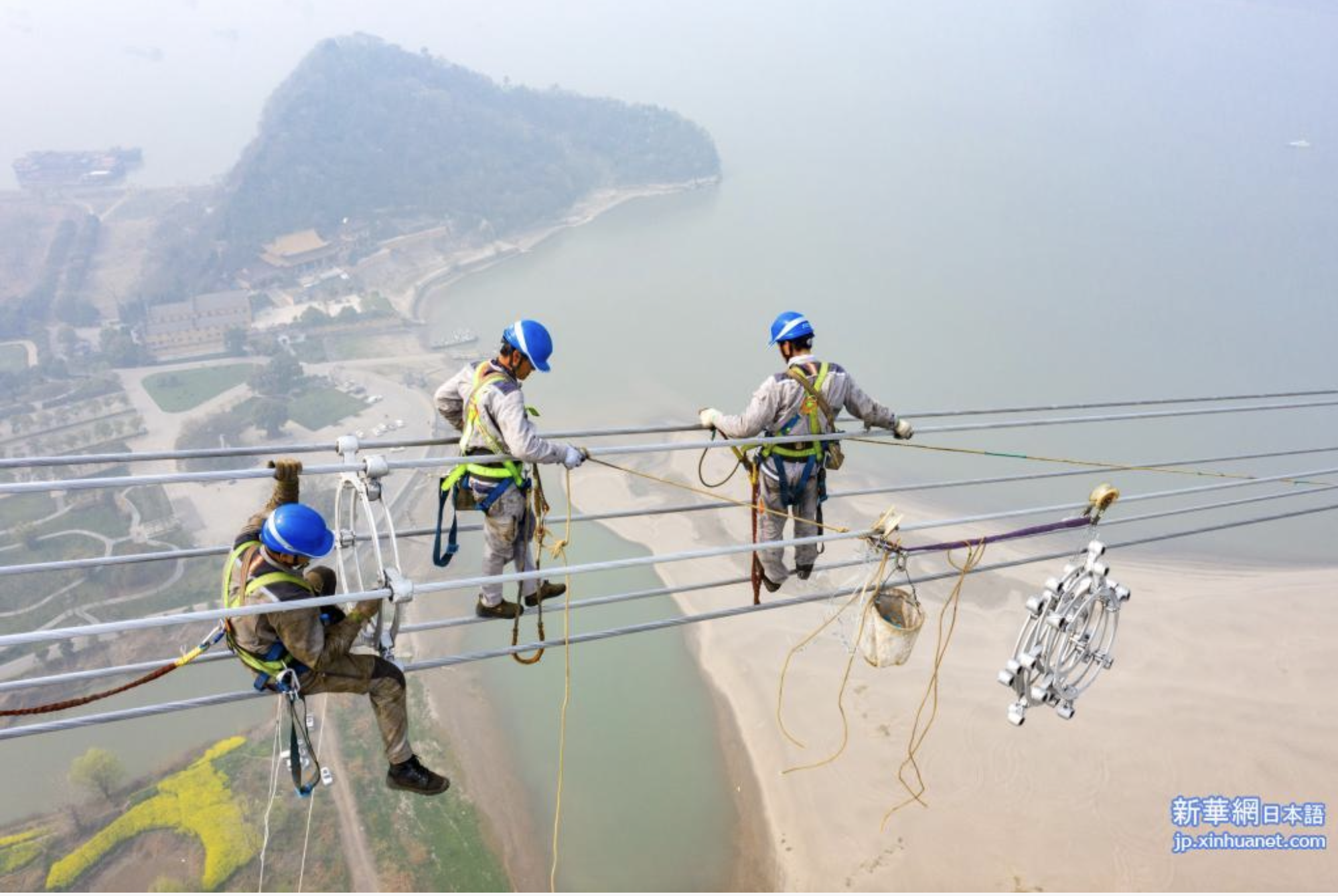 According to China’s National Power Grid, the construction of the 2000 km long 800 kV ultra-high-voltage DC power transmission line from Baihetan power plant to Jiangsu was completed and put into operation on January 1. This is a strategic artery of China’s “West-to-East Transmission” project, transmitting 30 billion kWh of green electricity generated in the western region to the eastern region every year.

The project is calculated to reduce the annual use of coal for power generation in East China by 14 million tons and carbon dioxide emissions by more than 25 million tons.

Photo: Staff members of Anhui Transmission and Substation Engineering work at high altitude on the banks of the Yangtze River in Wuhu, Anhui Province, on April 14. (From a small unmanned aircraft, Wuhu=Xinhua Reporter/Liu Junqi)