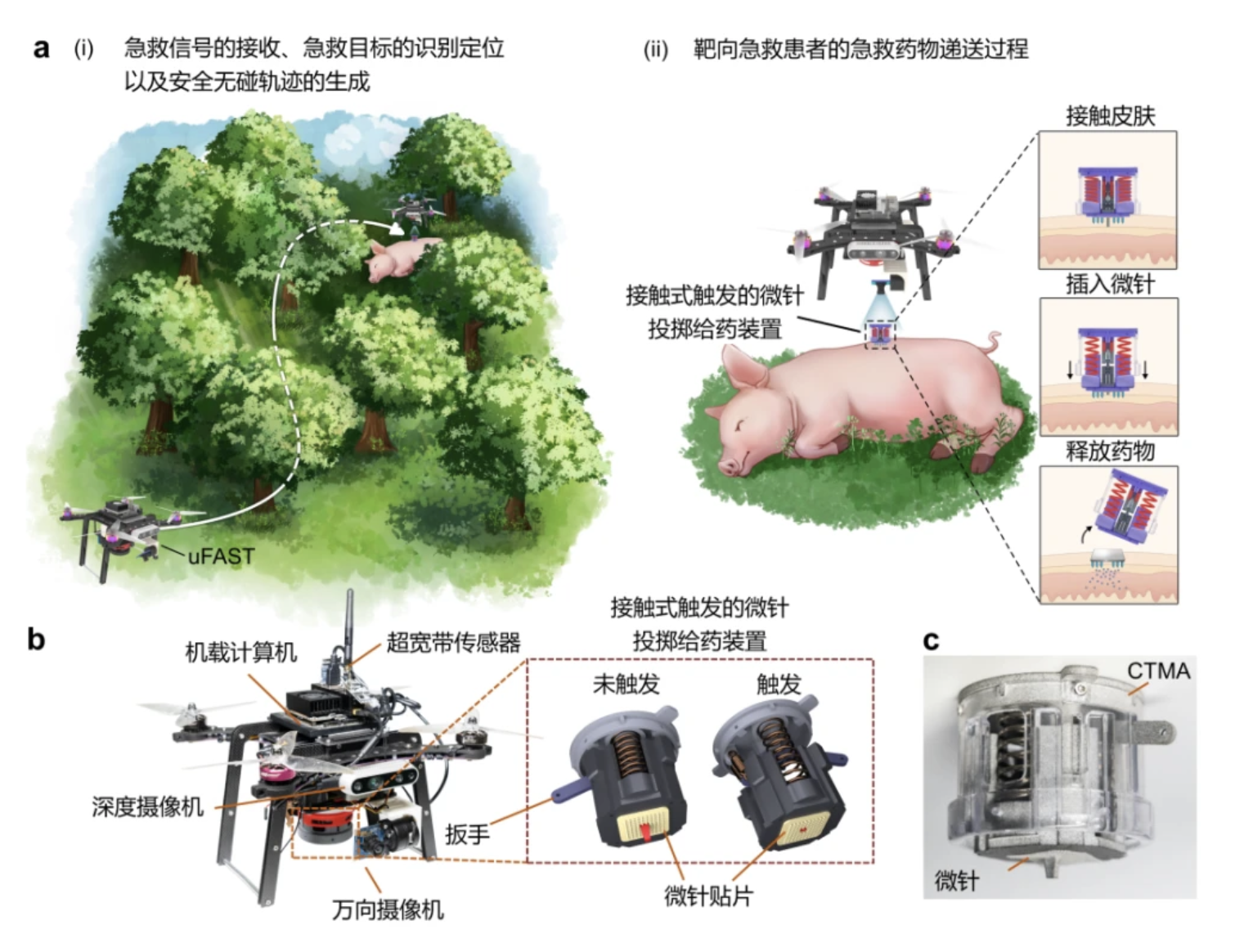 A team led by Professor Gu Sheng of Zhejiang University’s School of Pharmacy and Jinhua Research Institute has developed an unmanned, direction-specific medication first-aid system. The first-aid system consists of an unmanned aircraft, a drug throwing device, and a micro-needle patch containing an emergency medication. When the drone arrives at the patient’s location, it automatically administers the medication without any other assistance. This eliminates the problem of emergency services not being available in time due to lack of emergency facilities near the patient or due to traffic congestion or unfavorable geographic location.