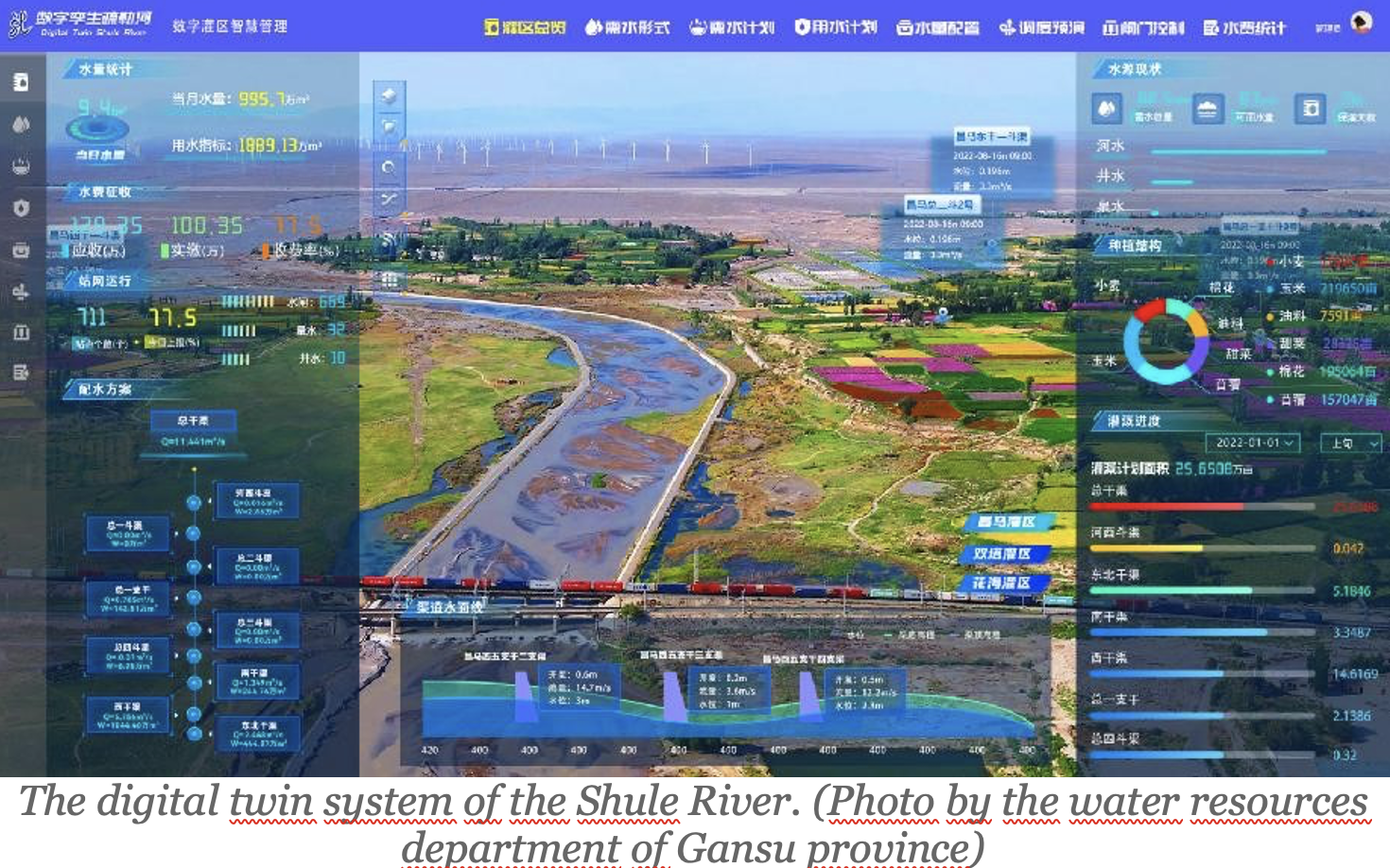 Posted in Environmental solutions, News By rscPosted on 15. December 2022

The digital twin system of the Shule River is a national pilot project launched by China’s Ministry of Water Resources in February this year. The project has created a virtual version of the Shule River in the digital world, which simulates all factors of the physical river and the whole process of water management based on the physical river basin, spatial-temporal data, mathematical models and water conservancy knowledge.

The Shule River is a typical inland river in the arid region of northwest China. The Shule River irrigation district is the largest surface irrigation area in Gansu province, which covers 89,333 hectares of farmland. It includes 698 monitoring sites of end-canal metering, 106 sets of controlling and surveying gates and 28 radar monitors for water level measurement. The platform is able to track real-time water information from the source of the reservoir to end-canals.