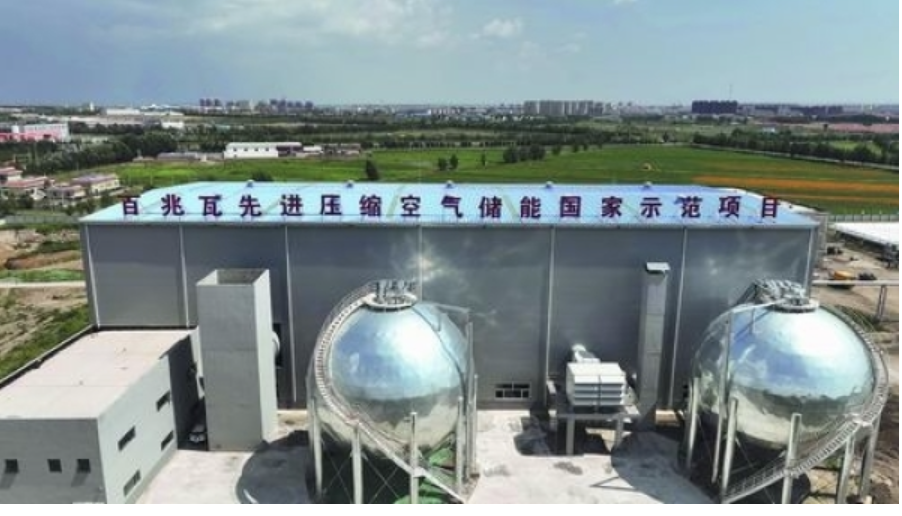 Posted in Environmental solutions, News By rscPosted on 18. November 2022

The proper use of green energy from wind or solar farms requires appropriate storage of surplus electricity. Current solutions for such “power banks” are batteries or pumped storage in higher water reservoirs.

A group at the Dalian Institute of Chemical Physics of the Chinese Academy of Sciences (CAS) has built, after more than 10 years of work, a 100 MWh Energy Storage Power Station based on all-vanadium storage batteries. It comprises 716 batteries in 358 containers and is already connected to the grid and scheduled to be scaled to 400 MWh. The all-vanadium liquid flow batteries use vanadium ions of different valence as the active material to achieve conversion among electrical and chemical energy. In the early 2000 years, Sumitomo Electric in Japan and Canada’s VRB Energy pioneered this technology, but Sumitomo stopped for cost issues, and Canada’s VRB had to declared bankruptcy during an economic crisis. The Chinese team developed a high-performance low-cost conductive membrane for ion sieving instead of ion exchange, enhanced current density and reduced overall material cost.

The CAS Institute of Engineering Thermophysics in Hebei has studied compressed air energy storage technology since 2004. Using multi-stage compressors, expanders and compact heat exchangers, energy losses from compression could be recovered.  Based on this technology, a company now built China’s first 100 MW demonstration power plant in Zhangjiakou, Hebei Province. It is connected to the grid, generates some 130 million kWh per year and provides power security for about 50,000 households at peak electricity consumption. According to the developers, compressed air energy storage technology has the advantage of large scale, low cost and long life. It is clean and non-polluting, allows unlimited energy storage cycles and is independent from fossil fuels nor geographical conditions.