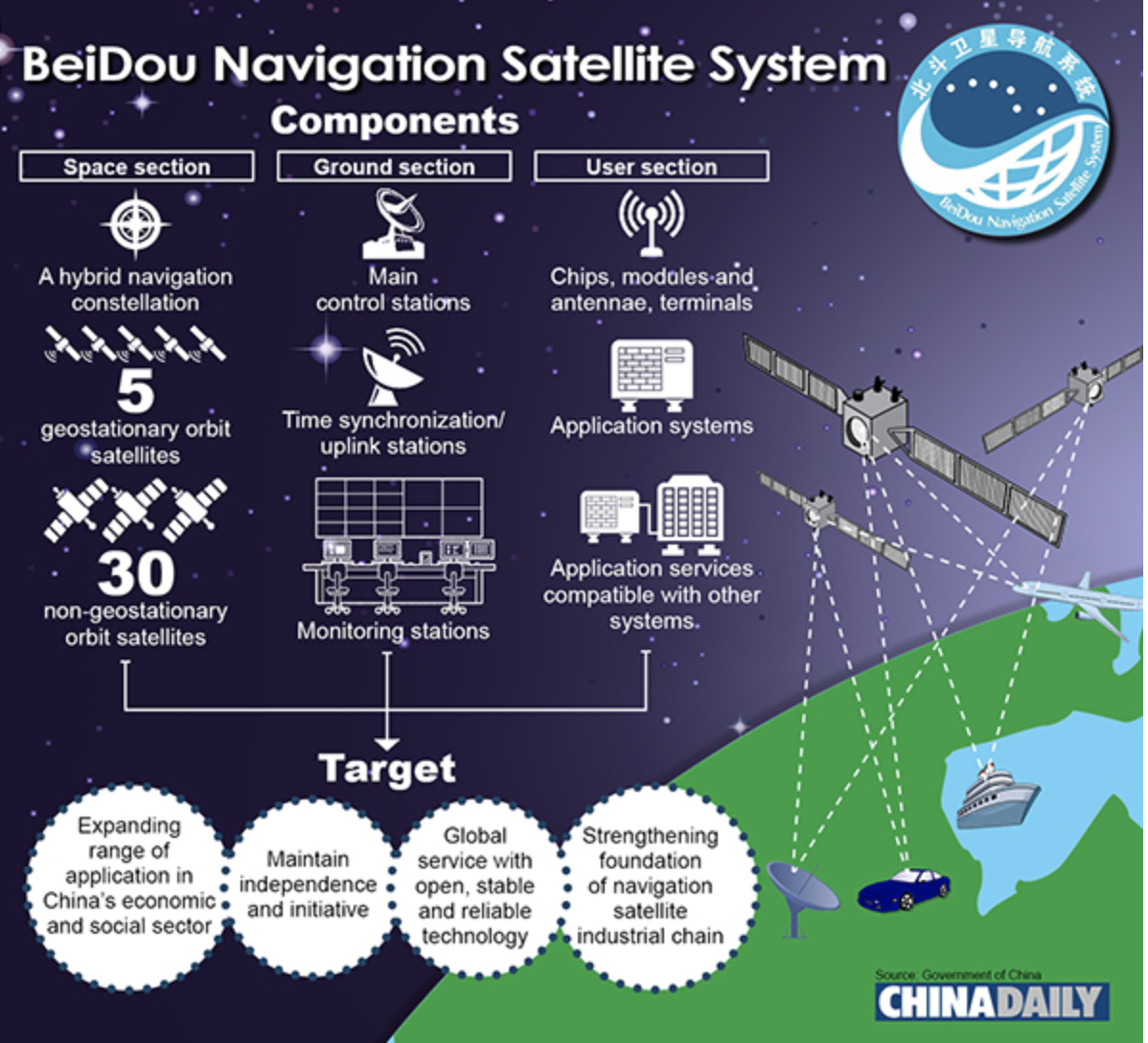 According to a presentation at the UN, Beidou has already been applied in more than 120 countries and regions around the world. The global positioning accuracy of the Beidou-3 system has reached 4-5 meters, in the Asia-Pacific region even higher. It has been widely applied in fields such as land surveying, digitalized construction, precision agriculture, and its application to automatic driving and smart city construction is being promoted. Through Ka-band inter-satellite link technology, Beidou satellites form a large network and allow ‘group chats’ between satellites, achieving high-precision global positioning and navigation without having to build ground stations all over the world.