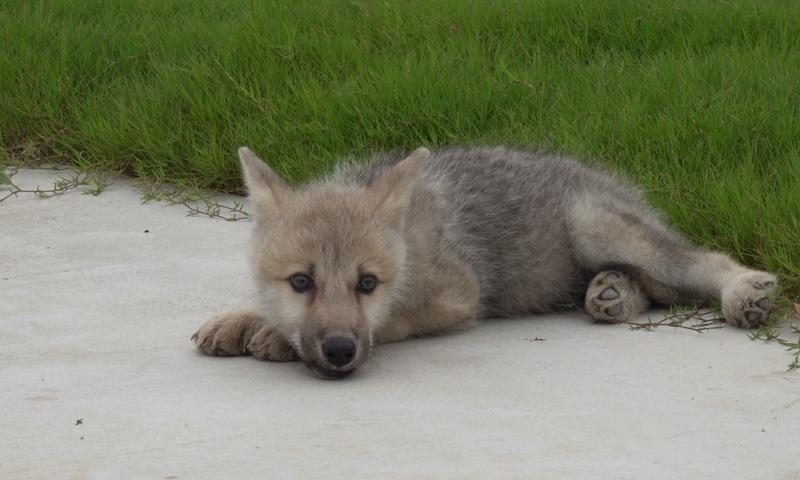 Sinogene Biotechnology Co has cloned a wild arctic wolf. Its donor cell came from the skin of a wild female arctic wolf from Canada The oocyte was from a female dog, and the surrogate mother was a beagle. The cloning of the arctic wolf was accomplished by constructing 137 new embryos from enucleated oocytes and somatic cells, followed by the transfer of 85 embryos to the uteri of seven beagles, of which one was born as a healthy wolf which was given the name Maya.  As part of a more concrete step to boost the breeding of more rare and endangered animals through cloning technology, Sinogene Biotechnology Co and Beijing Wildlife Park announced plans to build a partnership on cloning technology applications in rare and endangered wild animals. Enhanced efforts for the protection of endangered wildlife species and their habitats are part of China’s national development plan for the 14th Five-Year Plan period (2021-25). The cloned wolf now lives with her surrogate beagle mother in a lab of Sinogene in Xuzhou, Jiangsu Province, and later will be delivered to Harbin Polarland, Heilongjiang Province. Maya will initially live by herself in the park because she may not be able to adapt to arctic wolf groups. Another male cloned arctic wolf is expected to be delivered on Thursday this week.

Freezing and other technologies can preserve cells for cloning – an important way to bring back and save animals on the verge of extinction. For example, Spanish scientists successfully cloned the extinct bucado wild goat in 2003, and in 2020, a black-footed skunk, an endangered species living in North America, was cloned.