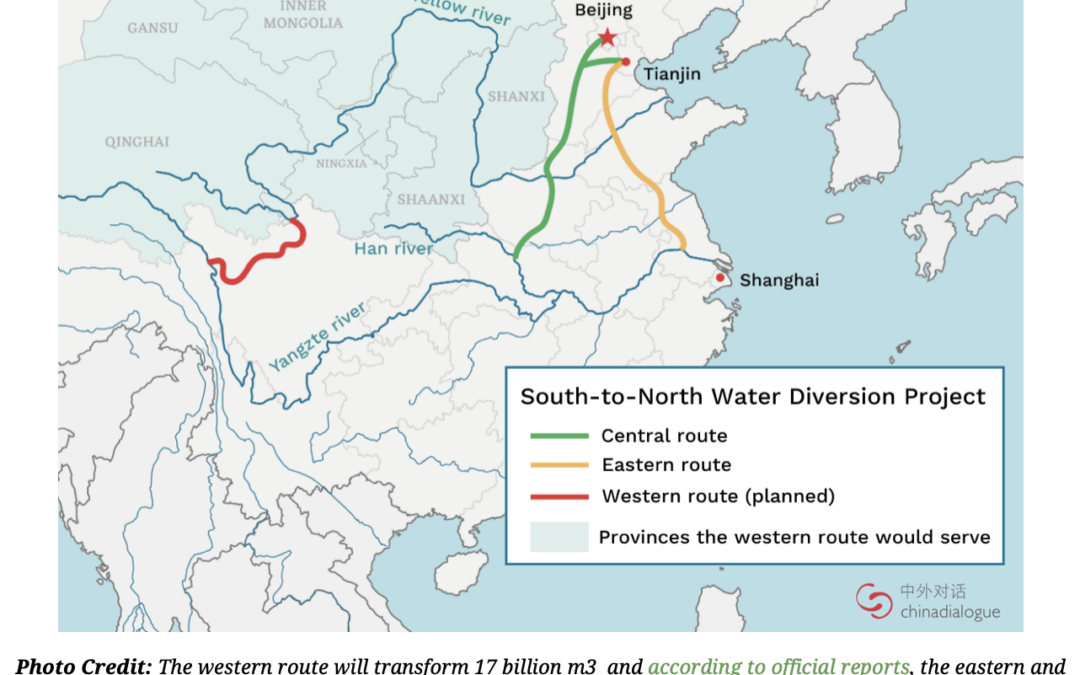 China has established a water control infrastructure system that is currently the largest in scale, widest in scope, and has the largest population of beneficiaries in the world. The Ministry of Water Affairs has announced that it will implement the National Water Network Key Project by the end of this year to enhance China’s capacity for unified coordination of water resources, water supply guarantee, and strategic stockpiling

The South-to-North Water Diversion Project is the largest of its kind ever undertaken. The project involves drawing water from southern rivers and supplying it to the dry north.

This massive scheme has already taken 50 years from conception to commencement and is expected to take almost as long to construct. Planned for completion in 2050, it will eventually divert 44.8 billion cubic metres of water annually to the population centres of the drier north.

When finished, the work will link China’s four main rivers – the Yangtze, Yellow River, Huaihe and Haihe – and requires the construction of three diversion routes, stretching south-to-north across the eastern, central and western parts of the country.

The complete project is expected to cost $62bn – more than twice as much as the country’s controversial Three Gorges Dam.

We use cookies on our website to give you the most relevant experience by remembering your preferences and repeat visits. By clicking “Accept”, you consent to the use of ALL the cookies.Read More
Do not sell my personal information.
Cookie settingsACCEPT
Manage consent

This website uses cookies to improve your experience while you navigate through the website. Out of these, the cookies that are categorized as necessary are stored on your browser as they are essential for the working of basic functionalities of the website. We also use third-party cookies that help us analyze and understand how you use this website. These cookies will be stored in your browser only with your consent. You also have the option to opt-out of these cookies. But opting out of some of these cookies may affect your browsing experience.
Necessary Always Enabled
Necessary cookies are absolutely essential for the website to function properly. This category only includes cookies that ensures basic functionalities and security features of the website. These cookies do not store any personal information.
Non-necessary
Any cookies that may not be particularly necessary for the website to function and is used specifically to collect user personal data via analytics, ads, other embedded contents are termed as non-necessary cookies. It is mandatory to procure user consent prior to running these cookies on your website.
SAVE & ACCEPT