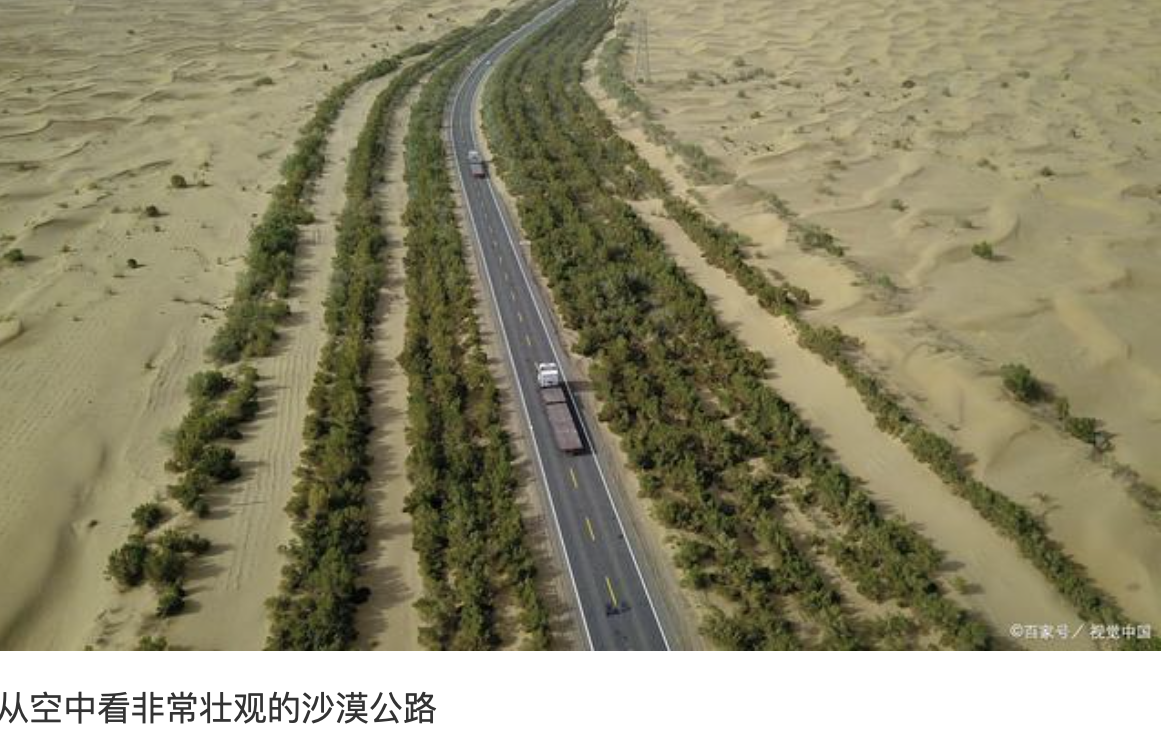 Posted in Environmental solutions, News of the month By rscPosted on 1. January 202210. July 2022

By March this year, 86 new photovoltaic power stations will go up along the 566-km road, replacing diesel engines as the power source for pumping irrigation water.

The addition will bring the number of irrigation wells powered by solar to 98 along the desert road.

It is estimated that after the power stations are in place, over 1,000 tonnes of diesel consumption and about 3,410 tonnes of carbon dioxide emissions will be reduced every year.

The road that opened to traffic in 1995 cuts the travel distance between regional capital Urumqi and Hotan Prefecture by 500 km.

A 436-km shelterbelt along the road was constructed more than a decade ago to prevent the erosion of the road.